Capital of Parana state, Curitiba is a pleasant, modern city and the starting point for one of South America’s most spectacular train rides – the Serra Verde Express. Constructed in the 1870’s to link Brazils agricultural plains to the Atlantic seaboard, the railways cuts through forests of Brazilian Monkey Puzzle trees to reach the cloud-forested peaks of the Marumbi National Park. There, it drops down into steamy sub-tropical jungle to reach the pretty colonial town of Morretes and the crumbling port of Paranagua. Sadly the original locomotives and carriages have long been replaced yet the views remain as breath-taking as ever.

For wildlife enthusiasts, however, this is only the starting point. From the coast, countless islands fill the view each blanketed with densne Atlantic rainforest, more biodiverse than the Amazon Jungle itself. Within the Superagui National Park, rustic lodges give visitors the chance to experience the rich wildlife which includes several hundreds of species of birds and even jaguar. 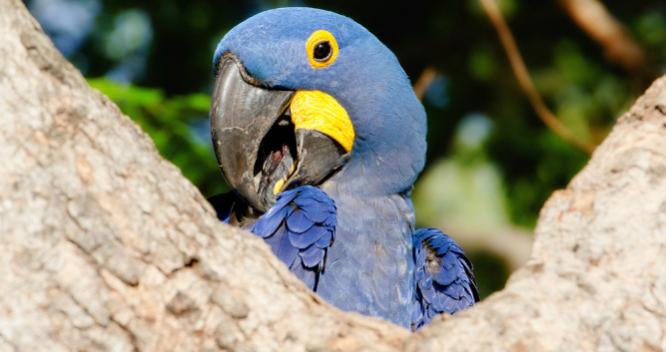