The island of Fogo west of Santiago, translated as Fire, dominates every view. The volcanic cone rises from plateau about eight kilometres in diameter and is called Cha Das Caldeiras. Below a scenic, cobbled road, punctuated by small hamlets, built in lava blockhouses, completely encircles the island.

Discovered in 1460, the island was immediately occupied to expand the agriculture in Santiago. The two main products introduced were coffee and grapes. The coffee known for its high quality and Arabic aroma, and the wine, called Manecom, was at one time exported to Brasil.

The City of S. Filipe’s historic centre, with its precise architectonic lines, invites us on an exciting and productive trip around the bygone days of the island.

Look out across the pleasant arranged plazas and squares, and we can easily see the Cemitério Velho, a constant reminder of this old slave-based society. Known as the cemetery for whites, only wealthy landowners of European descent could be buried here.

Leaving S.Filipe, take the road to Cha Das Caldeiras, and for those who are reasonably fit, hike up to the peak and you will discover it is well worth the effort. You’ll need a sturdy pair of boots and a guide, as the slopes are covered in cinders, which are very slippery. Taking around four hours, the descent is a gentle trot downhill.

Are we not surprised intrepid farmers continue to grow their coffee, tend to their vineyards and fruit trees all on its black slopes?

Just North of S.FILIPE is a fabulous beach of black sand with beautiful grottos and colourful reefs.

Colonial Guesthouse is situated on the island of volcanic origin, which saw the birth of his name around the imposing volcano that, even today, is active. Fire is one of the most fertile islands of...

We could not fault one thing about our wonderful holiday in India, from the first day I contacted Oasis to the day we returned!
Please pass on my my incredible gratitude to Lucy for making our holiday so wonderful and memorable and care free - she thought of everything! 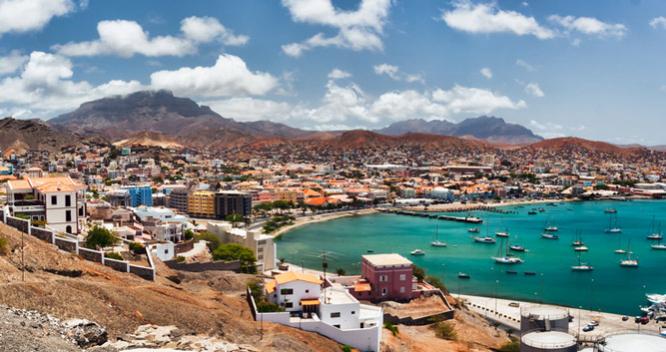