The Dja Faunal Reserve created in 1950 became a World Heritage Site in 1987 and forms an essential part of the dense rain forest that make up the Congo Basin. The Dja Faunal Reserve consisting of the unspoiled and protected forest marked out by the Dja River acts as a natural border making it home to over a hundred mammals including a significant number of primates, for which the reserve is best known.

The Dja Faunal Reserve is not only notable for the diversity of primate species it protects white-collared mangabey, mandrill, drill, Western lowland gorillas and chimpanzee.

In the reserve, there are fifteen hundred known plant species, Forest elephants, African forest buffalo and leopard, and over three hundred and twenty bird species have been identified.

Living traditionally within the boundaries of the reserve there is a population of Baka pygmies, permitted to hunt using traditional methods, although agriculture and professional hunting have been banned.

Travelled to Laos and Cambodia

“We had a wonderful holiday-thank you! The hotels were just great- Hotel de la Paix in Siem Reap would stand out for great service and a wonderful vibe........ The guides were all quite competent but a couple were very good. 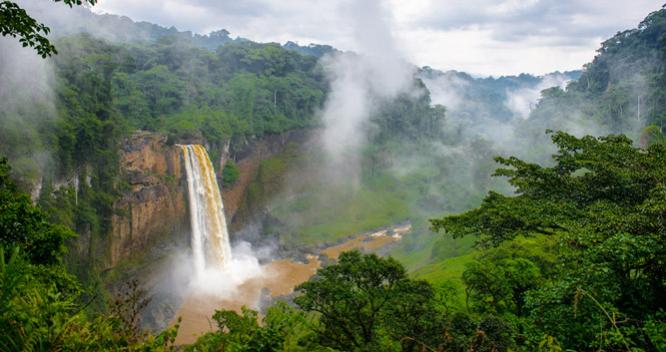