Many views of Western Africa will define your travels here. From the desert of the Sahara in the north to the lush tropical rainforests of the coastal regions, West Africa has an astonishing landscape of breathtaking vistas that sweep across this region.

Made up of an astonishing mix of cultures, languages, history and wildlife the nations of West Africa promise more than you could imagine and is often ignored except for the few overland travellers. It is a lively and upbeat region of music, dance and good times, the kind of Africa many tourists hope to find.

Locals here are ready to stop and chat and here is your chance to offer a reply in your basic French.

Burkina Faso is at the crossroads of West Africa. Its capital Ouagadougou is one of those low rise dusty African towns. Unlike most other capitals Ouagadougou feels as if it was an African village that just grew and grew. Mali spans desert, Sahel and tropical areas: all significant differences across the country.  Djenne is one of the best preserved and impressive of Mali’s ancient trans-Saharan trading towns. Its mud built in classic style, including its beautiful mosque. The nearby remains of Jenne-Jeno are said to be the oldest south of the Sahara.

Senegal’s most significant city Dakar where the long-ago car rally was held, is still a place to relax and unwind. The stretch of beach between the main road and the sea is awash with flocks of egrets and armies of sand crabs. Here, you can forget the hustle and bustle of the city’s markets and listen to the waves as they lap the shore.

In the Gambia, you can do the opposite and head up the river. It is incredible how untouched most of the country is when you start exploring the delightful interior and discover its heart. Make a point of listening for the glorious music of Gamba, home to some of the very best kora playing and griot singing in Africa.

If sitting and watching the world go by entices you, then Bissau is a beautiful small old Portuguese town. Faded and dusty, it is still full of charm, and an excellent place to wander around and stop to sit on the veranda of one of the many local bars, sipping a draught beer and soaking in the atmosphere.

Western Africa's wildlife more meets the eye if you know where to look, including elephants, primates, big cats, pygmy hippos and some of the world's best birdwatching in the world. And unlike East or Southern Africa, you're likely to have whatever you find all to yourself.

The nation of Mali with its stunning landscapes, inspired artwork, castellated mosques made entirely of mud, pink sandstone villages shaped out of cliff faces, and undulating desert plains that look like a scene from Lawrence of Arabia.

Burkina Faso is at the crossroads of West Africa is an excellent destination for anyone interested in seeing a picturesque countryside and exploring African culture and music.

Immerse yourself into Benin’s history and in doing so; you will stumble upon nearly three centuries of slave traders, the birthplace of voodoo kingdoms, dazzling palaces, floating villages on stilts and Temple of the Python.

This stunning island group jutting out into the Indian Ocean is known for its Creole Portuguese-African culture, traditional morna music and a captivating blend of beaches, mountains and peaceful seaside villages.

In Africa's second-smallest island group, São Tomé & Príncipe is amazingly safe and welcoming to visitors, mainly ecotourists, for whom the advancing jungle is a delight.

Between the countries of Ghana and Benin, Togo is one of the smallest on the African continent.  Relatively unknown, this rich culture, the welcoming and friendly people, would love to have you take part in their colourful daily life and the unrivalled cooking, which turn Togo into a fascinating

Discover traces of prehistoric Africa in engravings, paintings, stone mules, and dinosaur cemeteries in a land filled with contrasts between the Sahara Desert and River Niger.

It is acknowledged as one of West Africa's great success stories. Ghana is reaping the benefits of a stable democracy and infused with the most incredible energy.

Senegal is dominated by the Sahel to the north, the lush savannah of the Casamance region to the south, and the tropical coast to the west.

The Gambia is well known as one of the smallest countries on the African continent. Surrounded by Senegal, this beautiful country resembles a majestic strip of land in which the Gambian River flows on each side into the Atlantic Ocean.

Sierra Leone has exquisite, empty beaches, rainforests and a fascinating heritage with warm, welcoming people, with a background of sun-stained hues, vibrant green of the rainforests and the red roads of the north.

Guinea Bissau is a small sovereign state in West Africa located at the bulge on the north of the Republic of Guinea.

Lucy was absolutely fantastic to work with in planning our holiday and everything worked very smoothly. Thank you! 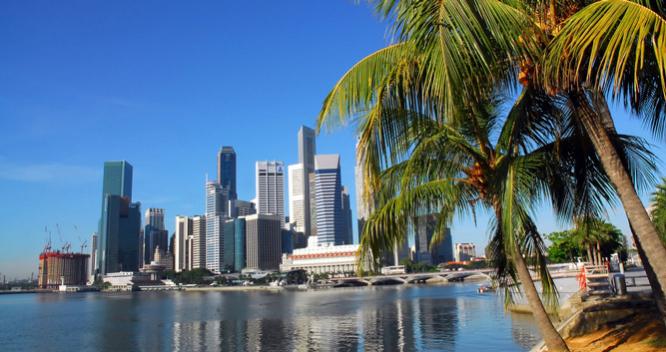