The magical site of Tikal graces the cover of travel brochures the world over, a mysterious ancient Mayan kingdom drenched in steamy rainforest that echoes with tropical birdsong and the haunting shrieks of howler monkeys. Soaring temples peer out of the jungle canopy amidst a sea of green – the iconic backdrop to various Hollywood movies– while the vast complex is dotted with ceremonial platforms, shrines, stelae, ball courts and plazas. Among the largest sites in the Mayan kingdom, Tikal encompasses some 16km² of tropical forest yet only a fraction has been excavated. Head into the surrounding jungle and you can discover ancient ruins and burial mounds hidden amidst a tangle of creeper figs and roots. Tikal was settled in around 900 BC and reached its zenith during the eighth century AD boasting a population of around 100,000 inhabitants.

For visitors, Tikal is the highlight of any trip to Guatemala, however, it is but one of a series of spectacular crumbling ruins that lie undisturbed amidst the Peten’s jungle, sites that receive a small fraction of tourists. Close by, you can visit the spectacular and relatively untouched sites of Yaxha or Topoxte, or more remote still, El Ceibal, dos Pilas and Aguateca accessed by ascending a spectacular natural fissure in the limestone cliff. Better still, you can camp amidst the eerie ruins of Uaxactun; take boat trips to Yaxchilan just across the Usumacinta River in Mexico or continue across the border into Belize to visit Xunantunich.

10 minutes’ drive from Flores airport, Las Lagunas Boutique Hotel is the height of luxury in the Peten, a charming eco-retreat and 300-acre private nature reserve overlooking the still waters of the...

Surrounded by thick rainforest that tumbles down to the shores of Lake Petén Itzá, La Lancha is a charming Francis Ford Coppola-owned lodge one hour’s drive from the regional hub Flores. Centred...

Imagine sleeping amidst ancient Mayan ruins, all shrouded in dense jungle on its own fortified artificial island… The ultimate rainforest retreat, Chiminos Island Lodge lies at the heart of Lake...

You took our central experience theme of food and created an itinerary that delivered on that in a quality way and crossed a number of different types of experiences. 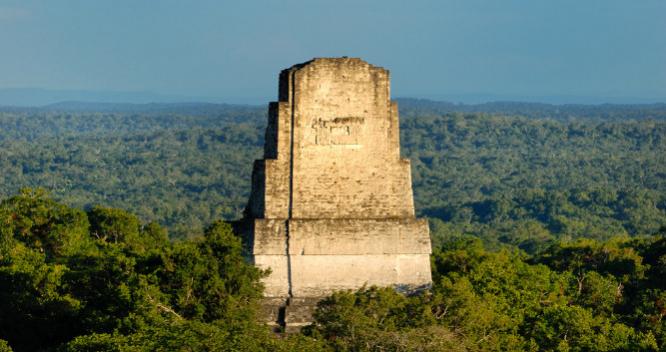