Tel Aviv-Jaffa is a city interweaving a dozen cities into a sprawling metropolis home to more than four million Israelis, and is one of the world’s few cities that is also a major Mediterranean beach resort, with nine miles of beaches, and a fourteen-mile long promenade lined with umbrellas, umbrellas, lifeguard towers, cafes, pubs, bars and restaurants.

Founded in 1909,  and initially prescribed as a garden suburb within the ancient port city of Jaffa, the first residents drew lots in the sand to lay out homes becoming the first Hebrew-speaking city in over 2,000 years.

They are oozing an iconic style, with brashness and chicness displayed in its crafts markets. Here you will discover, elegant boutiques, striking architecture, open air cafes, and a non-stop pulse. There is art, dance, music, theatre and opera, something for everyone. Bicycles like the Netherlands are everywhere, and both the Tel Aviv and Jaffa ports have transformed into significant dining, entertainment, and shopping precincts.

The Drisco Tel Aviv is a landmark heritage luxury hotel, a member of the Leading Hotels of the World, set in the heart of the historic American – Germany colony in Tel Aviv. It features a rooftop...

The Norman Tel Aviv comprises two splendid 1920’s residences, set on prominent King Albert Square, both of which have been painstakingly restored to retain the buildings’ rich heritage. An impressive...

Located in the heart of the ancient port city of Jaffa, The Setai, Tel Aviv is as historic as the neighbourhood that surrounds it. Authentic, sophisticated, and welcoming, the hotel merges the...

I would just like to say a big thank you for another wonderful holiday, so many places that we really loved, like Hangzhou where we had a lovely guide called Wendy who really tried very hard to make everything perfect and adding in a trip to a tea plantation when I asked about getting some green 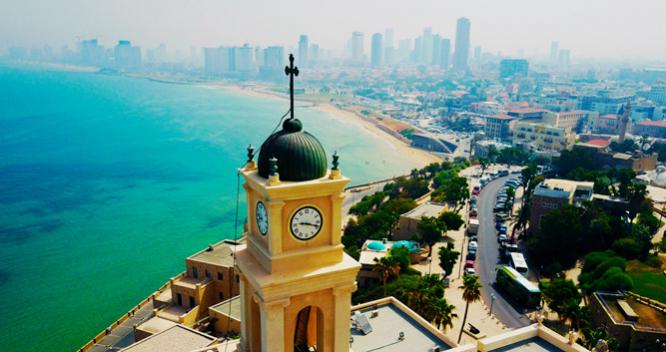