Towering sandstone cliffs, dinosaur footprints, mysterious rock engravings and some of Namibia’s most rare and valuable game species are synonymous with the Waterberg Plateau Park.

Proclaimed as a sanctuary for rare and endangered game species, Waterberg plays a vital role in breeding species for the restocking of other parks and conservation areas. The area is also home to the last remaining population of Cape Vultures in Namibia, with a fifty-kilometre-long porous sandstone mountain with abundant game, unique vegetation and a series of permanent springs at the foot of the plateau,  You will delight in Black and white rhino, buffalo, roan and sable antelope, eland, and leopard, sided-striped jackals.

Nestled on a rock terrace high up on the slope of the Waterberg, the chalets of the Waterberg Plateau Lodge afford grand vistas of the endless Kalahari bush savannah below. Each of the double room... 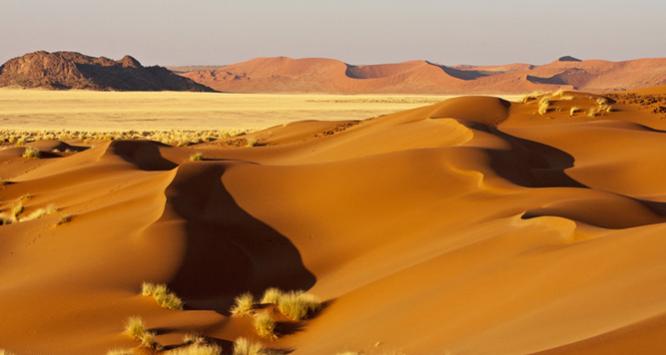