One of the oldest rainforests in Africa, Nyungwe is rich in biodiversity and spectacularly beautiful. The mountainous region is teaming with wildlife, including a small population of chimpanzees as well as 12 other species of primate, including the L’Hoest’s monkey endemic to the Albertine Rift. With six walking trails and various excursions, visitors can dip a toe into the delights of the forest or keep themselves busy for a week or more.

Primate tracking tops most visitor’s list, but it’s worth lingering a little longer for those with time to relax and take in the primal atmosphere.

Botanists will marvel at the 1,068 plant species and 140 orchids while birdwatchers will be enchanted by glimpses of the 310 different birds of every colour. Butterflies are also a common sight, with at least 120 species.

There are 75 known mammals in Nyungwe, such as the Cerval cat, mongoose Congo clawless otter and leopard to name but a few. Many tend to be shy so sightings are luck of the draw.

Memorable and photogenic moments include walking up to theIsumowaterfall or along the Canopy Walk suspension bridge. Tea plantations border the edges of the park, with a habituated troop of Ruwenzori colobus monkeys at Gisakura as well as forest fringe birds.

With plenty of rainfall, Nyungwe is also the major catchment area in Rwanda and supplies water to 70% of the country.

A ridge running through the forest forms a watershed between the drainage systems of the Nile and the Congo. A spring on the slopes of Mt Bigugu is said to be the most remote source of the Nile, the world’s longest river.

In Southwest Rwanda, just south of Lake Kivu on the Burundi border, One&Only Nyungwe House is set amongst the rich tea-plantations of Gisakura, on the edge of the iconic Nyungwe National Park.... 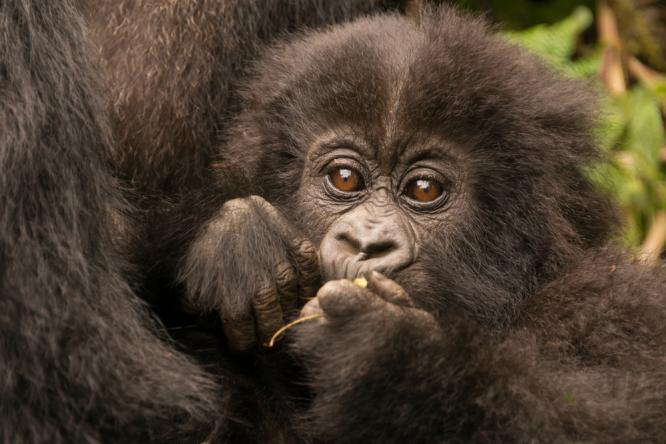