On an old caravan route on course through the Nefud Desert, Jubbat Ha'il, in Ha’il region, northeast of the Kingdom, is one of the largest and most significant archaeological sites in Saudi Arabia.  With rock inscriptions and carvings dating from the Mesolithic period, the rock art in the Ha’il region told the story of 10,000 years of history and was added to the UNESCO World Heritage list.

Dunes of the Great Nefud desert conceal these iconic rock inscriptions found at Jebel Um Sanman and Om Sinman mountain on an ancient lakebed. Mountainous areas such as Um Sanman, Ghouwtah, Ash Shuwayhit and Unayzah surround the west and south.

“I wanted to thank you for a well organised holiday. What a dream to have nothing to worry about, knowing everything has been arranged for us. Many thanks and I will be recommending you to friends and family.” 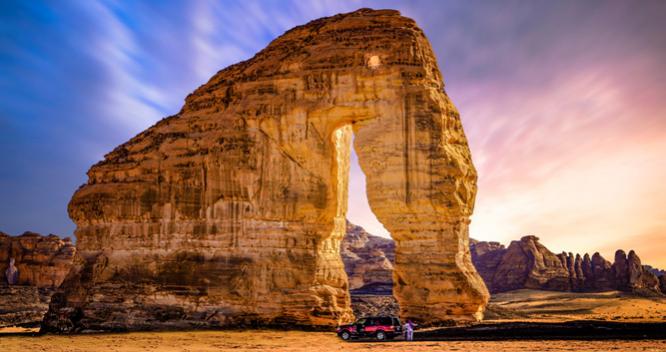