Bird, Seychelles’ most northerly island is 100km or a 30-minute flight north of Mahé. The island was once known as Ile aux Vaches because of the dugongs (sea cows) that thrived there.

During the period of the southeast trade winds (May-September), Bird is colonised by more than a million sooty terns that each lay their eggs on their own exclusive square foot of territory. Bird also hosts populations of lesser noddies and fairy terns as well as white-tailed tropicbirds, fodies, plovers and wimbrels.

Situated at the northern edge of the archipelago where the ocean floor plummets to 2000 metres, Bird has extraordinarily rich marine life in the form of hawksbill and green turtles, dolphins and even the occasional whale.

In the early 1970's, Bird turned to tourism, and with several conservation programmes in place, the Bird Island Lodge stands at the forefront of eco-tourism in Seychelles.

Bird Island, Seychelles features an eco-lodge of 24 simple but comfortable individual chalets, nestled among the remaining coconut palms of the island's old plantation. The chalets are dotted along... 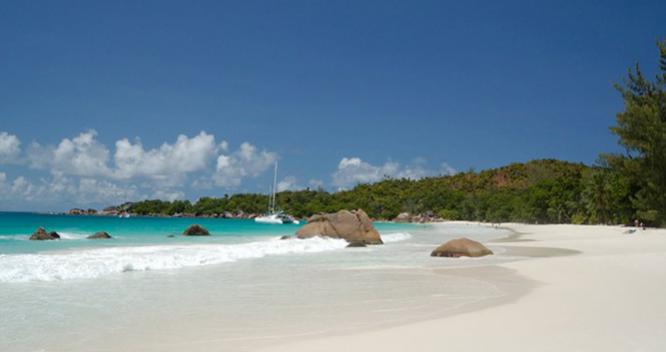