Uganda offers the traveller a lot for a small country, lying across the equator between Kenya to its east and the Democratic Republic of Congo to its west. The country covers an area roughly 379,800km2, with 25% of its area made up lakes, including Lake Victoria Africa’s most significant and source of the River Nile, the longest river in Africa.

Uganda has long been a cultural melting pot, as evidenced by the existence of 30-plus different indigenous languages belonging to five distinct linguistic groups, and an equally diverse cultural mosaic of music, art and handicrafts. The country's most ancient inhabitants, confined to the hilly southwest, are the Batwa and Bambuti Pygmies, relics of the hunter-gatherer cultures that once occupied much of East Africa to leave behind a rich legacy of rock paintings, such as at the Nyero Rock Shelter near Kumi.

Uganda’s position and climate lead to some of the most beautiful and breathtaking landscapes and scenic vistas, hippo-filled waterways, abundant birdlife for the avid enthusiast, villages filled with enthusiastic locals, capturing the imagination and hearts of travellers.

Home of Africa’s big five and the main drawcards its Gorillas’ high in the mist covered mountains and valleys. Uganda’s attractions don’t stop there, for adrenaline junky there is whitewater rafting and mountain treks and for those who want to relax there are an array of luxury lodges and camps to spend the afternoon watching the wildlife go by.

We had a wonderful and very relaxed holiday. You did a great job organising this trip. I certainly have told some my friends to contact you for their travel plans. 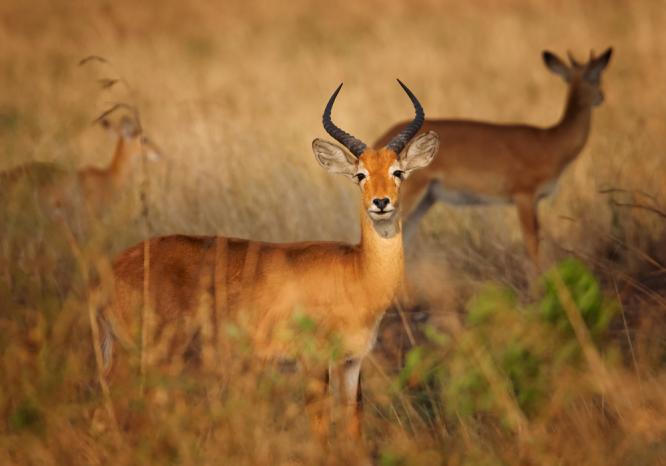