Sioma Ngwezi National Park is mainly covered by Kalahari woodland and the third largest Park in Zambia. As elephants return to the Park, seen at the southeast border where elephants have re-established an old migration route, the herds are now visible with several tracks in a corridor extending over more than one kilometre.

The main natural attraction is the Sioma or Ngonye Falls. Although not as spectacular as Victoria Falls, in the dry season you can get up close and take a swim in one of the rock pools. 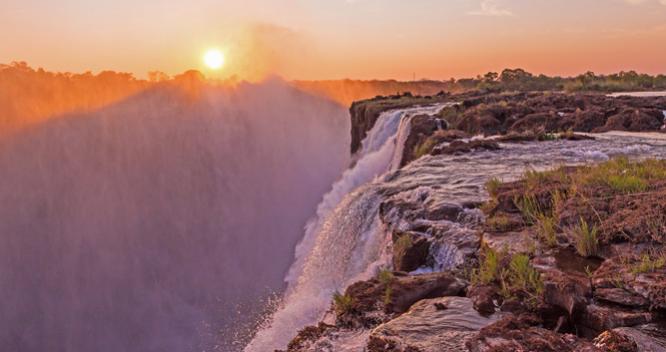